It has been revealed that around 1,600 businesses in Sheffield were refused support grants despite the council having £16m of the fund spare. 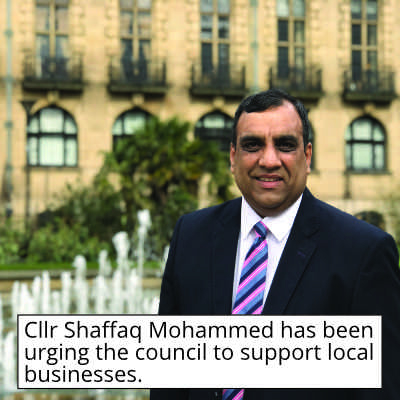 “For many small businesses, this money would have been a lifeline. I’ve a received a number of emails from Sheffield’s small business owners. Many are struggling to get by. Some have had to sadly make redundancies. And a few have had to cease operating altogether.

“People are suffering because of the Council’s attitude towards business. 1,600 businesses refused help while £16m is set to go back to the Government. It’s simply a dereliction of duty by the Labour councillors who run Sheffield City Council!”

Since receiving this money to give to local businesses, Sheffield has been one of the worst performing cities in the country. Council’s such as York received extra money from the Government to give to businesses because they gave all their grants out.

Cllr Shaffaq Mohammed warned Sheffield Council about their lacklustre approach to these grants throughout the process and ran a big campaign to try and make them pay attention. He added:

“My worst fears have come to fruition. While other councils received more money, Sheffield will have to give money back to the Government. If the businesses that applied for the Business Rate Grants got the minimum grant, that would be £10m extra for Sheffield’s businesses.

“Labour in the Town Hall are out of their depth and out of ideas. Something needs to change.”

Poor distribution of Gov Business Support Grants by @SheffCouncil Last Govt report of the % businesses paid shows SCC is 272nd out of 314 LAs in England, the worst in Yorkshire & the Humber, & one of the worse out of the Core Cities. £16 million now at risk of going back to Gov pic.twitter.com/MaK6nZs0Go