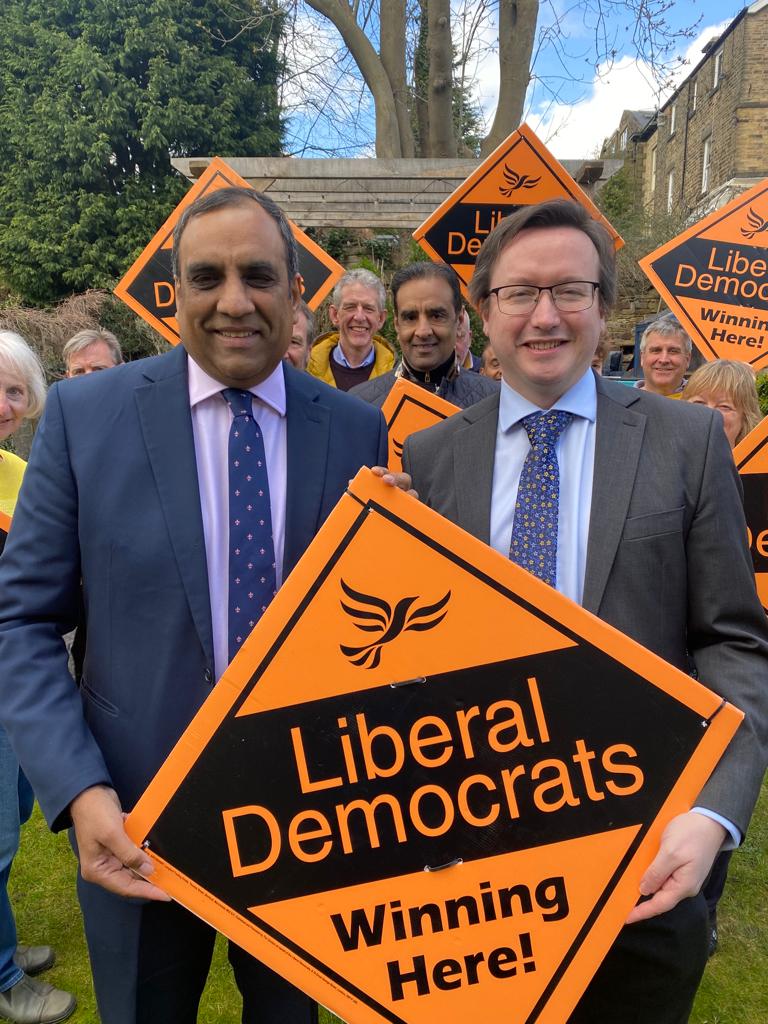 Sheffield Liberal Democrats Leader Councillor Shaffaq Mohammed said; “It has never been a more crucial to vote as the City Council tries to balance the books going forward and get on top of the dire financial situation that the Labour Party has left our city in, in part as a result of funding Sheffield City Trust to the tune of millions of pounds a year. We will get the basics right and help local families!”

“We need fresh leadership at the Council in order to get on top of the situation at the Council and to make the real changes the people of Sheffield want to see. We will continue to fight to clean up our area of litter and fly tipping, get decent new energy efficient homes built and work to tackle climate change."

“We will make sure the Council supports all Sheffield’s people, through schemes such as improving the repairs waiting time for Council properties, by improving the conditions and pay of our city’s much needed care workforce and by working to address the issues faced by young people with additional needs or disabilities.”

“Labour have wasted millions and now the Council is set to run out of money as early as next year. We want to work for the people of Sheffield to get Sheffield back on track.”

Sheffield Councillor Joe Otten, who is standing for Mayor of South Yorkshire added, “Labour have not only failed local people at the Council level, but have been let down by the regional mayor, too. We are demanding better buses and fighting to improve the entirety of South Yorkshire.”

“For too long we’ve put public money into the bus network, only for bus operators to reduce investment and cut services. When we bring in franchising, that money will go to improving the reliability and frequency of the service and we will simplify ticketing with tapping on and daily and weekly caps.”