The cabinet report set to be approved on Wednesday, requests that the Council triple the amount of investment from the current £61 million to £187million. The concerns come as the report will not be able to be ‘called-in’ for further scrutiny like other important Council decisions.

Although the Sheffield Liberal Democrats have welcomed news that progress is being made on the New Retail Quarter project, they have raised concerns over the way decisions on investment are being made.

“We support the New Retail Quarter project and welcome the recent announcement from HSBC about retaining a major presence in Sheffield to keep quality jobs in Sheffield.

However, this project is very unusual as the Council wants to act as a speculative investor and property developer to build shops and office space which is not currently let. Cabinet are being asked to significantly raise the amount of tax payer money currently invested in the project and this decision will not be subject to the normal level of scrutiny.

Although we welcome any progress on the retail quarter project, we believe the Labour Council should be more open with people about the risks they are taking with your money.” 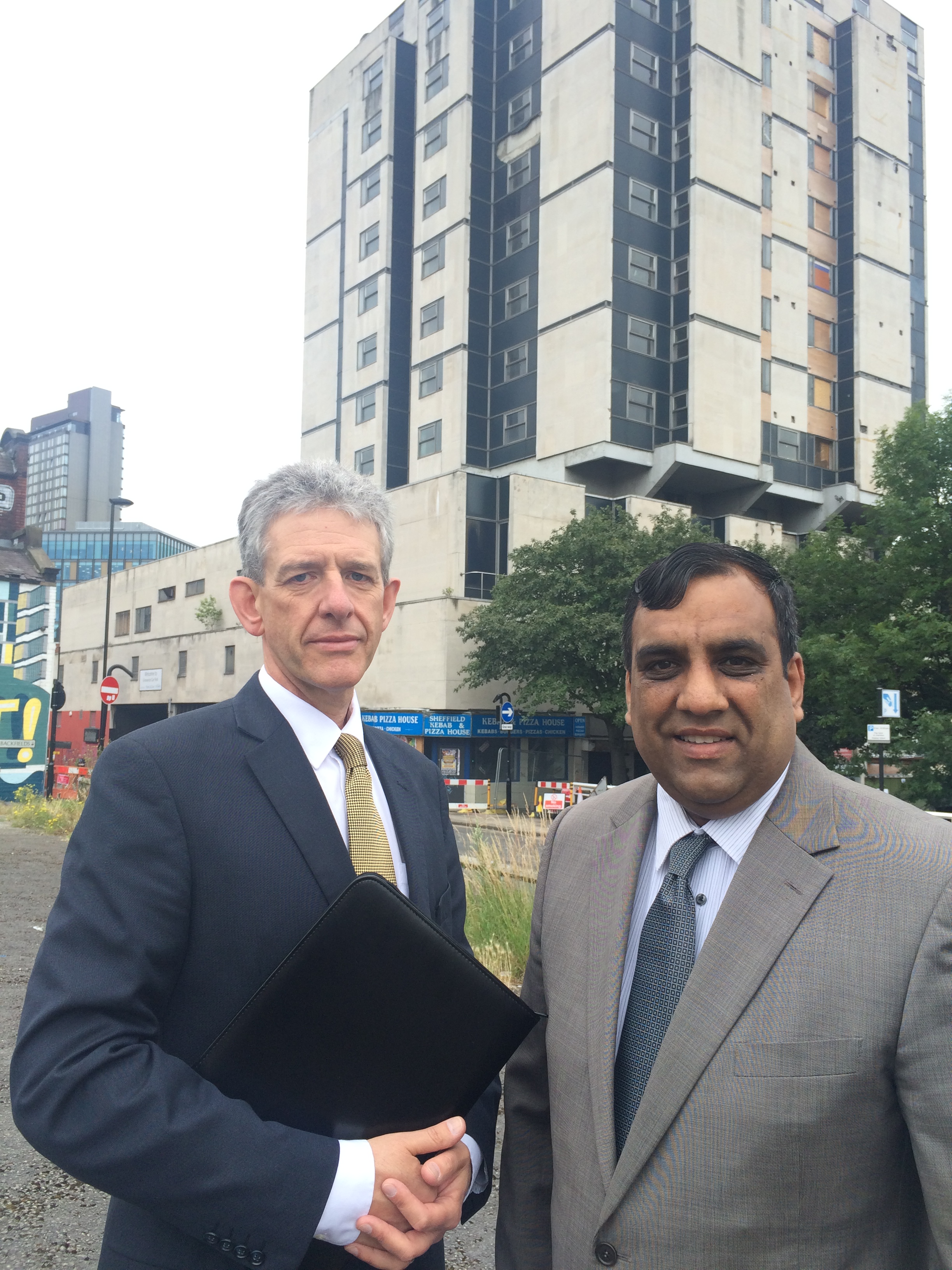 Councillors Martin Smith and Shaffaq Mohammed at the old Grosvenor Hotel,
which is to be the site of the first phase of the retail quarter project.