Lib Dems call for remains of Tinsley Park to be protected

As building has begun of the new Tinsley School on Tinsley Recreational Ground, Lib Dem Councillors are calling on the Labour administration to give the remainder of Tinsley Green protected status so it cannot be developed further. 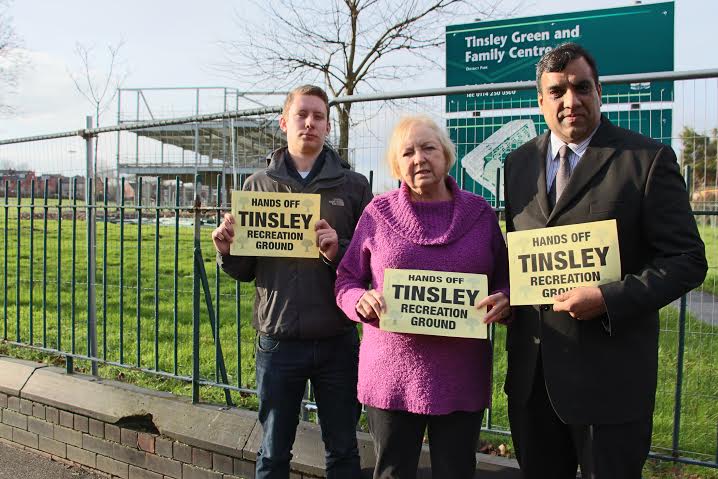 Tinsley Recreational Ground was the only publicly accessible green space in the Tinsley area and was a part of our cities heritage as the park that Gordon Banks, England 1966 world cup winning team goal keeper played on as a child.

In her motion to full council, Cllr. Penny Baker, calls on the on the council to award the remainder of Tinsley Recreational Ground ‘Fields in Trust’ status to protect the only remaining public green space in the area.

“Our cities green reputation and treasured open spaces are not safe in the hands of Labour when they are building schools on recreation grounds and selling off corners of our parks. We want their reassurance that not one blade of grass of designated public open space or park land in Sheffield will be sold off or developed further.”