Cllr. Shaffaq Mohammed, Liberal Democrat candidate for Brightside and Hillsborough and Lib Dem Party president Baroness Sal Brinton met with representatives from the Sheffield branch of Diabetes UK to discuss their work in the City and find out their perspective on what the Government and local council can do to support people with diabetes in Sheffield. 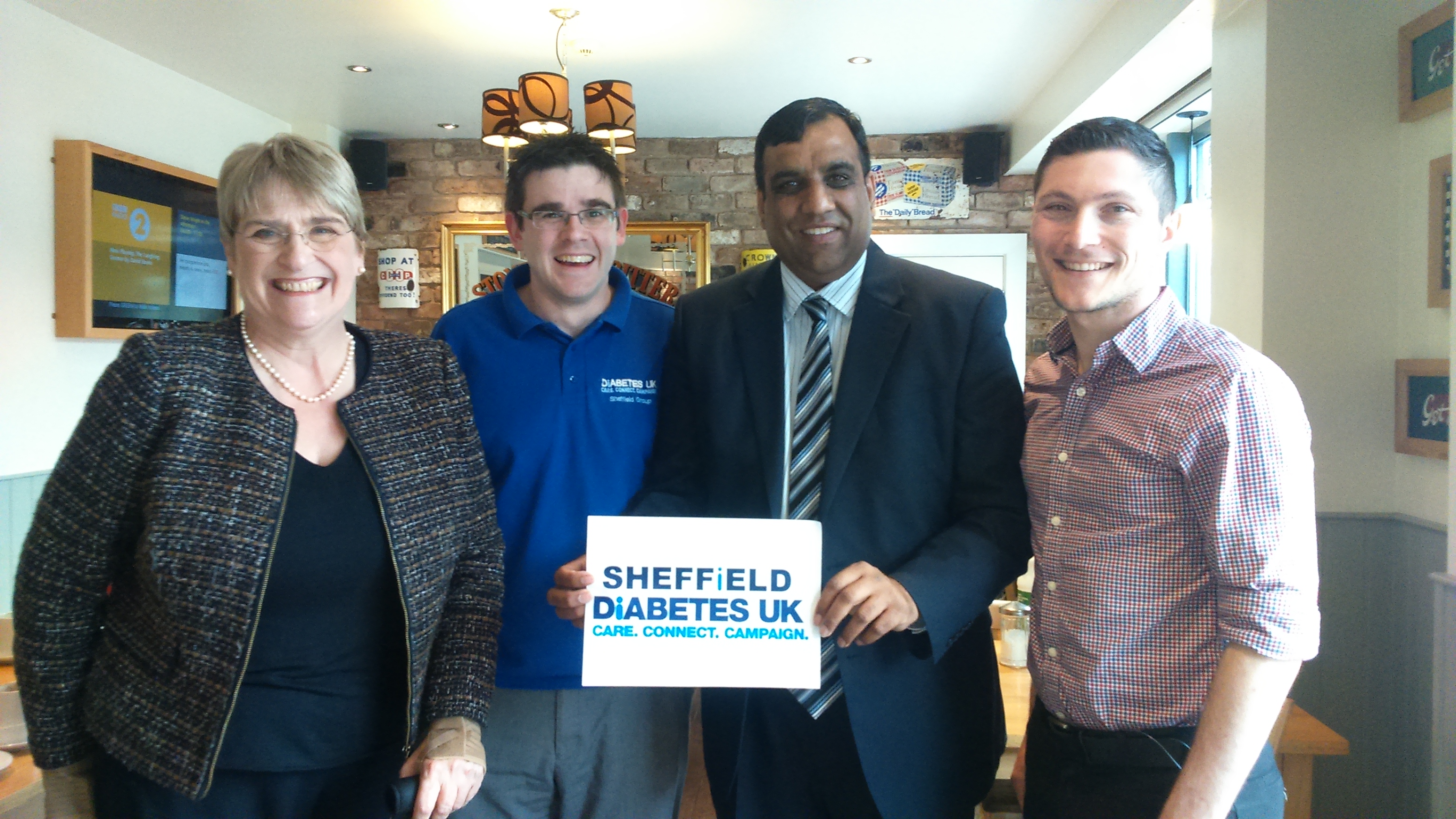 There are 3.5 million people diagnosed with diabetes in the UK, including around 40,000 people in Sheffield.

The Diabetes UK Sheffield group is one of over 350 voluntary groups situated throughout the UK. The group holds monthly meetings as well as one off events. They provide support to and educate people living with diabetes, as well as their family, friends and anyone else who is interested in knowing more about diabetes.

"Andy and his colleagues do a great service for the community in running support groups like this. Managing a condition like diabetes can often be isolating and the Sheffield group of Diabetes UK do an excellent job of helping people to get the support and help they need.

“We must also make sure that the Conservative Government plays their part in supporting people with long term conditions by properly funding a joined up service to patients."

“Diabetes is a hugely complicated to manage and often many people need support and help. It's important that we as a group are able to speak out on the issues affecting local people with diabetes and that they know we're here to support them in any way we can.”

Shaffaq, who has type 2 diabetes, added

“Type 2 diabetes snuck up on me as it does too many people. I’d encourage anyone reaching middle age who might not be as active as they used to be to go find out more and go for a health check.”

For more information about Diabetes UK Sheffield and news of upcoming events go to http://sheffield.diabetesukgroup.org/