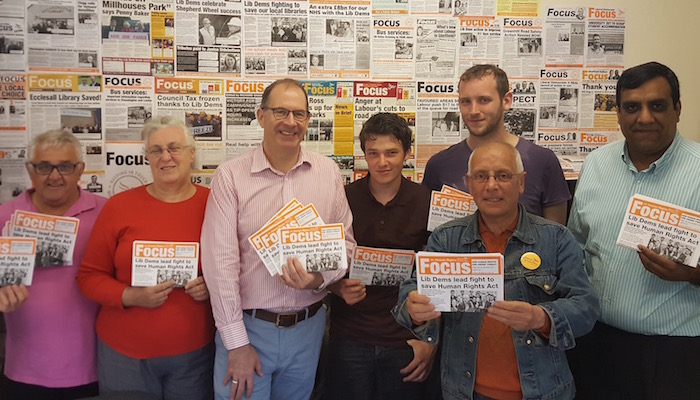 So far more than 26,000 people have signed a petition calling on the Conservatives to scrap plans to abandon our commitment to human rights.
It comes as David Cameron said he would consult on the future of the Human Rights Act in the UK.
Now Lord Scriven has urged local residents to speak up for legislation that has:
Lord Paul Scriven of Hunters Bar said:
“I was delighted to launch our Sheffield campaign to protect the Human Rights Act today."
“Our human rights laws have already achieved so much and we must not let the Tories trample all over them."
“The Liberal Democrats blocked David Cameron from scrapping the Human Rights Act in Government and we must stop him again now."
“That is why we need everyone everyone to get behind our campaign to stop the Conservatives riding roughshod over our hard-won rights.”
You can sign the petition here