Let's embrace our community spirit and give snow wardens the tools they need to look after us all!

The Liberal Democrats have launched a campaign to reinstate the Snow Warden scheme they started in 2010.

The scheme has now been cut by the Labour Council. But it was originally set up so volunteers would get the training, equipment and grit they need to help keep the community moving when it snowed.

Cllr Shaffaq Mohammed – Lib Dem Leader and Snow Warden – said, “When it snows, you can really see the community spirit come through. It makes me proud to be from such a caring city.

“But what I would like to see is the Labour Council reinstate their trust in communities and Snow Wardens. Let’s give the Snow Wardens grit so they can undertake this vital task.” 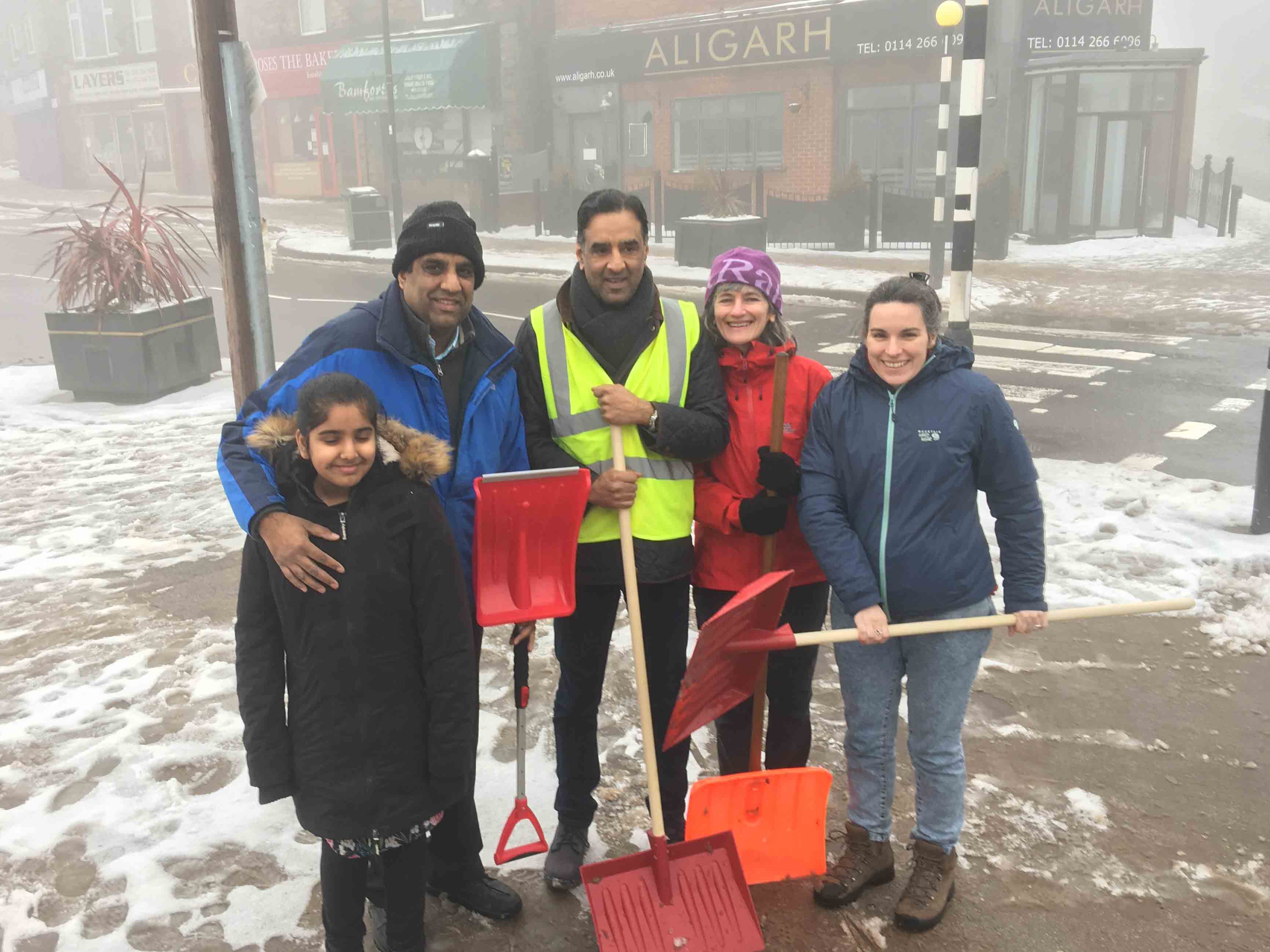 Mohammed Mahroof, Lib Dem campaigner for Crookes & Crosspool said, “When it snowed, I picked up a shovel and went to clear snow between Crosspool shops and Cairn Home care home on Selborne Road with local residents and my Lib Dem colleagues. But the problem was, as soon as we cleared the snow, it iced up. Snow Wardens need to be given grit so we can do the job properly.”

We, the undersigned, call upon Sheffield City Council to throw their full support to the Snow Warden Scheme and to empower communities. By providing training, equipment and grit for volunteers.