Sheffield Liberal Democrats Councillors have elected their new Shadow Cabinet in a meeting on Monday night.

The Sheffield Liberal Democrats have welcomed the new Meadowhall expansion and called on the Labour Council to support the proposals.

The Sheffield Liberal Democrats have slammed the decision by Labour council leaders to award themselves a pay rise.

Cllr. Shaffaq Mohammed, Liberal Democrat candidate for Brightside and Hillsborough and Lib Dem Party president Baroness Sal Brinton met with representatives from the Sheffield branch of Diabetes UK to discuss their work in the City and find out their perspective on what the Government and local council can do to support people with diabetes in Sheffield.

The hike in charges at Sharrow Vale Market has been condemned by Liberal Democrats.

Following Lord Paul Scriven’s questions to the Government about Government plans to give power to communities to stop unnecessary tree felling, the Minister has refused a request to meet with tree campaigners and hear first-hand how the Government can help.

Hurry! The postal vote deadline is a week today!

If you need a postal vote for May 5th, don't forget to register.

Jayne Dunn's on the Run

Labour Councillor Jayne Dunn, who had previous slammed another Councillor for moving to another ward in 2014, has tried quietly and without any announcement to switch from her present ward of Broomhill to Southey.

Liberal Democrat Peer Lord Scriven has quizzed the Government in the House of Lords over the future of the Stocksbridge and Rotherham TATA steel works after the sale of the Scunthorpe plant was announced earlier today.

Sheffield City Council’s Labour administration showed their true intentions again today by voting down a proposal by the Liberal Democrats to not sell of any further park land in Sheffield.

Labour-run Sheffield City Council has refused to back local businesses by a not giving 100% support to the idea of a Sheffield Pound.

Liberal Democrats have called for Labour to rethink their plans on private hire vehicle policy, which has angered many taxi drivers who believe the measures will force them out of a job.

The Labour majority on the Economic and Environmental Wellbeing Scrutiny Committee on Wednesday night (16/03/16) voted down a recommendation for cabinet to oppose any further reductions to the bus network in Sheffield.

Sheffield City Council has finally announced that Friday 18th March will be the date for the special council to discuss and sign the devolution deal.

Liberal Democrats back the Sheffield Pound

The Liberal Democrats in Sheffield are supporting local people in the idea of a ‘Sheffield Pound’, a ‘community currency’ that can be used as an alternative to Sterling within our city.

Sheffield City Council is still yet to set a date to debate the proposed Devolution deal, whilst Barnsley, Rotherham, Doncaster and Chesterfield have all now rubber stamped the proposals. The proposals must be signed off by the end of March or the whole of the Sheffield City Region could lose the first year of funding worth £30 million.

The Sheffield Liberal Democrats have proposed to keep council tax down 1.99% lower than the Labour administration in the next financial year, in a move to provide better value for money and supporting hard-working Sheffield families suffering in the cost of living crisis.

Following the reports in The Star today that it would cost £26 million to stop Sheffield City Council's unpopular tree felling programme, Liberal Democrat councillors have asked council bosses to show their reasoning behind this figure.

Sandygate Road’s controversial off centre white lines are to be repainted at a cost of £6233.10 to local taxpayers.

Thousands of cyclists across Sheffield are being let down by Labour’s failure to take cycling seriously.

The historic Cobnar Cottage has been sold today at auction for £152,000.

Lib Dems call for remains of Tinsley Park to be protected

As building has begun of the new Tinsley School on Tinsley Recreational Ground, Lib Dem Councillors are calling on the Labour administration to give the remainder of Tinsley Green protected status so it cannot be developed further.

Following pressure from the Sheffield City Council Liberal Democrat group, the Labour council has extended the consultation on the new Sheffield Plan until the 15th January 2016.

The consultation on the new Sheffield Plan (The Sheffield Plan: Citywide Options for Growth to 2034) had begun 11th November, but it was 6 days into the consultation before the council published all of the key documents, such as the Strategic Housing Land Availability Assessment (SHLAA).

The Liberal Democrats were also concerned with the consultation taking place in the run up to Christmas, ending on the 23rd December, that people would be unaware it was happening or too busy to take part.

‘Maybe the Labour Councillors are finally realising the importance of consultation after the recent disaster with the cuts to the bus services.’

To take part in the consultation go to www.sheffield.gov.uk/sheffieldplan

A number of urban green spaces have been earmarked by the council as an ‘identified opportunity site’ including another sports ground in Tinsley, after planning permission was granted to build a new school on Tinsley Recreation Ground earlier this year, Sheffield University’s Goodwin Sports Centre, a local nature reserves in Arbourthorne and Stannington and greenfield open spaces in Nether Edge and Stockbridge and Upper Don.

‘I am shocked the council think these sites are suitable for housing - urban green spaces, parks and sports grounds are vital community assets and should not be built on. So much for Leigh Bramall’s ‘Outdoor City’!

‘We found out earlier this week there is existing planning permission for 7,840 new houses in Sheffield – the council needs to do more to get these houses built rather than looking at parks and open spaces for development.’

According to the document, ‘identified opportunity site’ is defined as ‘sites assessed as being suitable for housing or sites that could become suitable in the future. They do not have planning permission for housing and are not proposed for housing allocation in the Local Plan.’

This means they will not be developed within the next 5 years and therefore not included in the Local Plan, but may be developed for housing in the future.

These sites were revealed in the Strategic Housing Land Availability Assessment (SHLAA) which was finally published yesterday afternoon, 6 days into the consultation period. Liberal Democrat councillors have already called for the consultation to be extended as not all of the information has been available.

Many other sites, including 116 in the green belt and a further 9 partly in the green belt are designated as ‘Long term options’ defined as ‘Sites assessed as being unsuitable for housing, but allows for any future changes to the SHLAA assessment methodology or Local Plan policy, which could mean a site becomes suitable, and we know that there is a willing landowner.’ They are currently off limits due to current policy but policy may change to make them viable.

‘I am pleased the green belt sites have not been looked at, although the council is currently undertaking a Green Belt Review and I hope these sites aren’t going to be taken out of the green belt so they can develop on them – whilst maintaining that they’re not building on the green belt.’

To view the full document and to have your say on the consultation go to www.sheffield.gov.uk/sheffieldplan

'Victory for democracy' as council to publish FOI data

Sheffield City Council is now to publish data on FOI requests from the end of this week following pressure from the Liberal Democrat group.

Cllr. Martin Smith has been requesting this data and putting pressure on the council by tabling a motion at the November full council meeting (4/11/15) calling on the council to publish data relating to FOI requests online. We have now been told that this data will be made available by the end of the week and will be regularly updated. Unlike other Councils, such as Leeds, Sheffield City Council does not already publish FOI data on a regular basis including the number of requests received and refused.

Latest figures from this month shows a recent spike in refusals, the percentage refused (full or partial) has gone up significantly.  It was over 50% in August.  The average for the last six months is 32%.

This may be partly due to the council’s blanket refusal to answer tree-related FOI requests, many from people who have never previously made a request under the Freedom of Information Act, instead branding the question topic as ‘vexatious’. 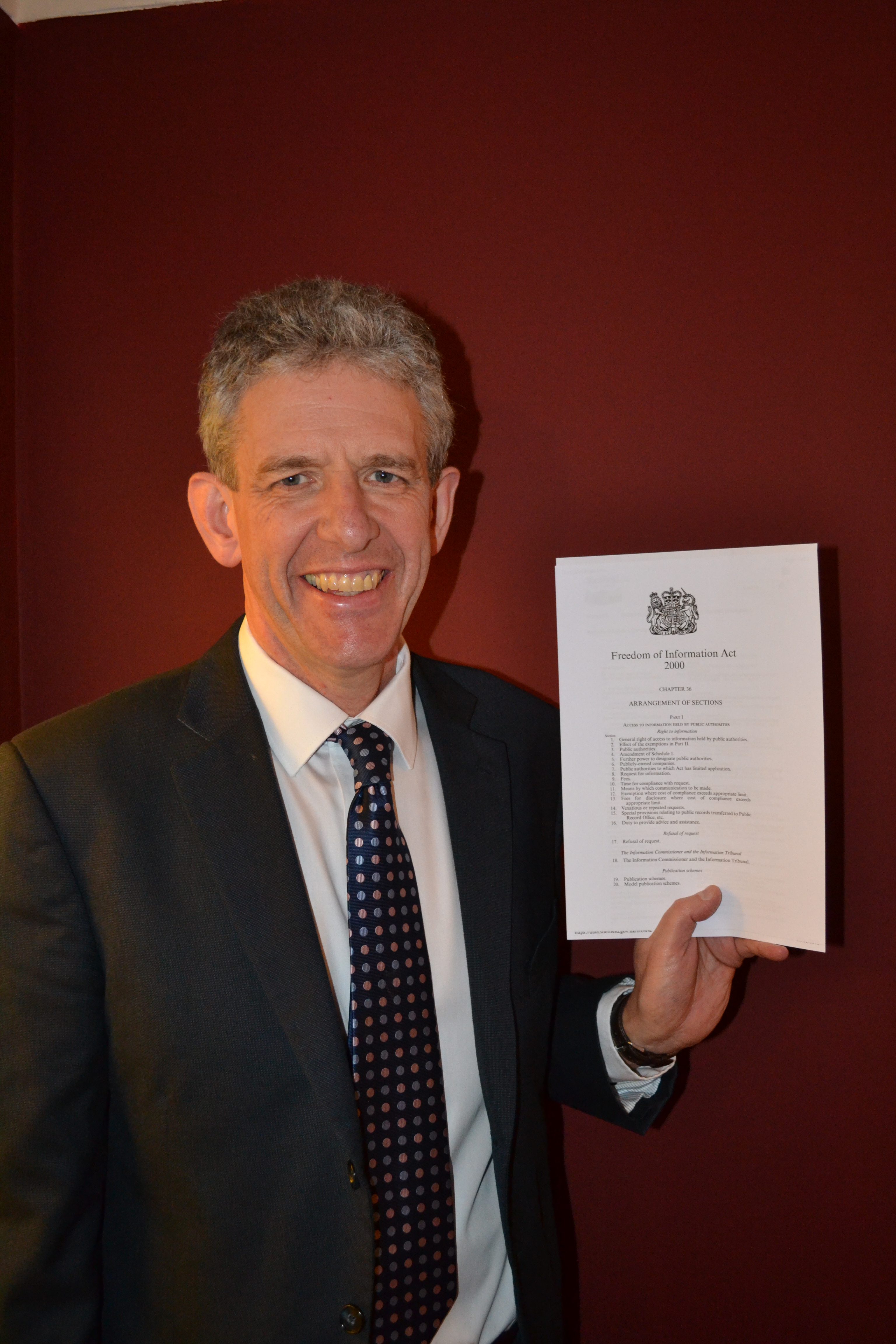 ‘This news is a victory for democracy. Finally the council are going to be open and honest about the amount of Freedom of Information requests they refuse. Hopefully this information being open for public scrutiny will mean they are more likely to answer FOIs’ 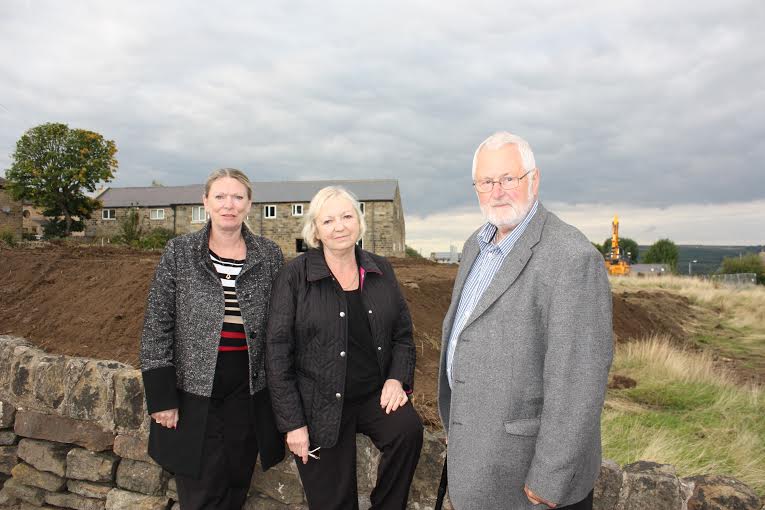 Back our campaign to reverse the bus cuts which have caused chaos across Sheffield.

Ecclesall Road's Royal Mail sorting office could close, with residents having to go to Pond Street to pick up undelivered mail. 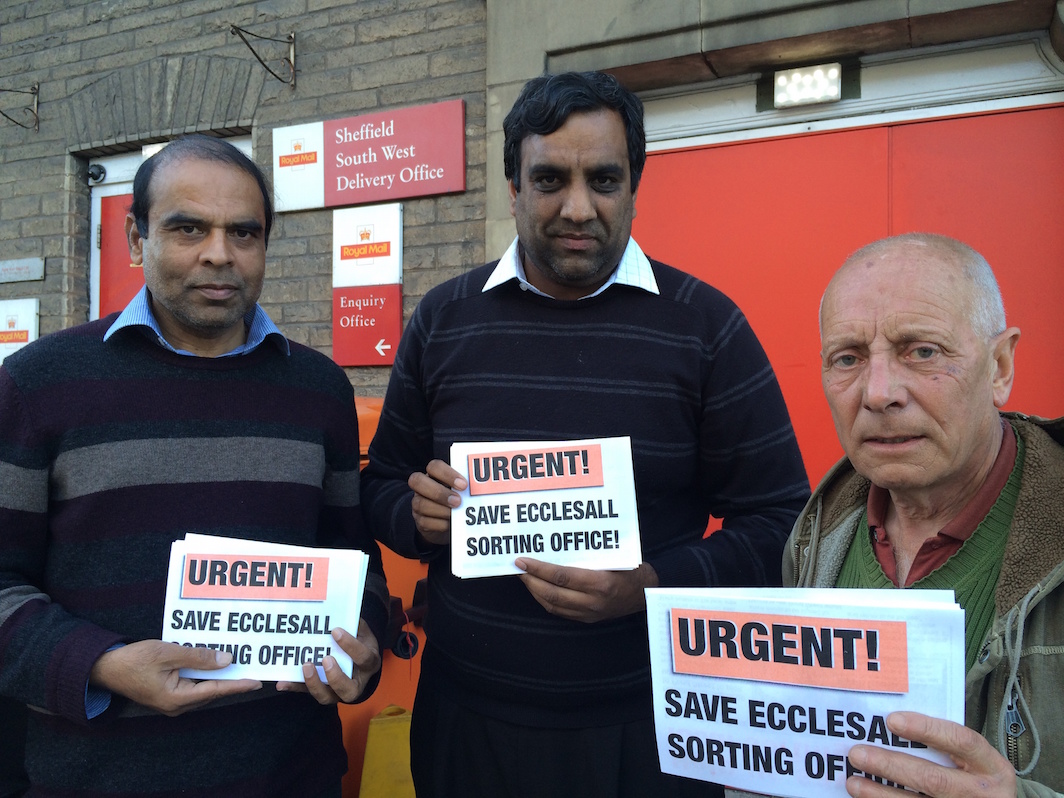